You are using an outdated browser. Please upgrade your browser to improve your experience.
by Aldrin Calimlim
March 25, 2013
The official Japanese manga adaptation of Walter Isaacson's bestselling biography about Steve Jobs has made its debut today. The first chapter of the comic serial is available now in the April issue of major manga publisher Kodansha's Kiss magazine, which hits stands and shelves today. It's interesting to note that Kiss is a josei anthology, that is, a publication that features manga created mostly by women for late teenage and adult female readers. Indeed, the Steve Jobs manga biography is adapted from Isaacson's book by Mari Yamazaki. Best known for her comedy manga "Thermae Romae," Yamazaki was awarded the 3rd Manga Taishō and the Short Story Award in the 2010 Tezuka Osamu Cultural Prizes. As reported by Crunchyroll, Yahoo! Japan has posted a preview of Yamazaki's treatment of the late Apple CEO's authorized biography. The first 14 pages from the manga are available to view on Yahoo! Japan's bookstore site. The manga appears to be rather faithful to its source material. Like the book it's based on, the manga's first few panels begin with Jobs asking Isaacson to write his biography. Having written biographies of Benjamin Franklin and Albert Einstein, Isaacson has the impression that Jobs must have a really high sense of self-worth to put forward such a request. The author wouldn't seriously consider this request until Jobs' wife, Laurene, calls him to inform him that the Apple cofounder has cancer. As noted by AppleInsider, "The remaining panels show Isaacson describing his first impressions of Jobs, an early interview session, and background that sets the stage for the manga's coming installations." The second chapter of Yamazaki's Steve Jobs manga biography is set to be released in the May issue of Kiss. 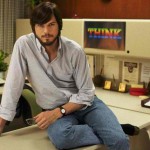