You are using an outdated browser. Please upgrade your browser to improve your experience.
by Aldrin Calimlim
March 6, 2013
As the projected launch of the device draws nigh, rumors surrounding the so-called iPhone 5S have been coming along from all directions. And the latest comes to us by way of Mac o Takara, which reports that production of the iPhone 5S has already started at Foxconn. Citing "reliable sources familiar with the matter," the Japanese Apple-centric blog claims that Apple's largest manufacturer has begun production of the iPhone 5S. Mac o Takara notes that since the upcoming device is practically similar in design to the iPhone 5, the iPhone 5S is being produced along the same assembly lines as its predecessor. Additionally, the site notes that Japan's NTT DoCoMo has cut down its orders of Android smartphones for the coming fall season. This has reportedly led to speculations by competing carriers that NTT DoCoMo will begin selling Apple's popular handset beginning with the iPhone 5S. In December last year, Jefferies analyst Peter Misek noted that the iPhone 5S could come in multiple colors and could arrive in June. A month later, he added that preliminary builds for the device would start in March — a prediction that now proves in accordance with today's new rumor. Yesterday, however, iMore claimed that the next-generation iPhone would be released not in June, but in August. For a brief roundup of iPhone 5S rumors prior to this latest one, see Time To Design The Perfect iPhone 5S. 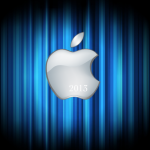 Time To Design The Perfect iPhone 5S
Nothing found :(
Try something else