You are using an outdated browser. Please upgrade your browser to improve your experience.
by Aldrin Calimlim
March 22, 2013
Yesterday, Electronista claimed in a report that the U.S. Department of Defense "will be ordering just over 650,000 iOS devices" as replacement for its BlackBerry devices. But according to Lt. Col. Damien Pickart, an official spokesman for the Pentagon, "This reporting is in error." "The department is aware of recent reporting that asserts it is 'dropping' BlackBerry," Pickart tells PCMag. "The department recently released its mobility strategy and supporting implementation plan, which clarifies we are moving towards a mobile management capability that supports a variety of devices, to include BlackBerry." The report in question also mentions an order breakdown that includes 120,000 iPads, 100,000 iPad minis, 200,000 iPod touches, and some 210,000 iPhones. But Pickard said that such a large order is unbeknown to him. Instead, Pickard provided the current breakdown of mobile devices in use at the Department of Defense. This includes 41,000 iOS devices, 8,700 Android devices, and 470,000 BlackBerry devices. In response to the issue, BlackBerry told PCMag that its "work with the U.S. Department of Defense is going well and the U.S. Department of Defense is moving forward with testing of BlackBerry Enterprise Service 10 and the new BlackBerry Z10 smartphone." 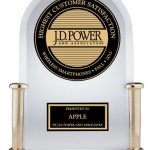 First Apple, Then Samsung, Now Google Is Rumored To Release Own Smart Watch
Nothing found :(
Try something else