You are using an outdated browser. Please upgrade your browser to improve your experience.
by Brent Dirks
March 4, 2013
In response to a petition with more than 114,000 signatures, a senior White House advisor said today that consumers should be allowed to legally unlock their cell phones. R. David Edelman responded after the “We the People” petition on the White House’s website reached the 100,000 signature mark required to receive an official reply.

Thank you for sharing your views on cell phone unlocking with us through your petition on our We the People platform. Last week the White House brought together experts from across government who work on telecommunications, technology, and copyright policy, and we're pleased to offer our response. The White House agrees with the 114,000+ of you who believe that consumers should be able to unlock their cell phones without risking criminal or other penalties. In fact, we believe the same principle should also apply to tablets, which are increasingly similar to smart phones. And if you have paid for your mobile device, and aren't bound by a service agreement or other obligation, you should be able to use it on another network. It's common sense, crucial for protecting consumer choice, and important for ensuring we continue to have the vibrant, competitive wireless market that delivers innovative products and solid service to meet consumers' needs. This is particularly important for secondhand or other mobile devices that you might buy or receive as a gift, and want to activate on the wireless network that meets your needs -- even if it isn't the one on which the device was first activated. All consumers deserve that flexibility.

As we reported in January, unlocking cell phones became illegal in the United States when the Library of Congress declined to issue an exemption for the practice under the often-derided Digital Millennium Copyright Act (DMCA). The activity had been legal since 2006, but the new rule stated that the firmware on the phone locking users into a specific carrier is copyrighted and can’t be altered without violating the act. As always, carriers can still choose to unlock phones. A few days after the Jan. 26 deadline, the Electronic Frontier Foundation cleared up some questions about the ruling. According to Edelman, the Obama administration will support “narrow legislative fixes” to make the practice legal. Other proposals include working with the Federal Communications Commission and wireless carriers. While it’s nice to see the White House come out in favor of common sense, the climate in Washington, D.C. today doesn’t exactly give me hope that anything will truly be accomplished soon. 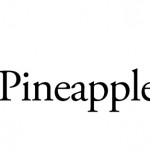 Not Sure Which Jailbreak Tool You Need?
iPhone Dev Team Jailbreaks iOS 4 For iPhone 3G And iPod Touch
Nothing found :(
Try something else