You are using an outdated browser. Please upgrade your browser to improve your experience.
by Joe White
April 16, 2013
Apple and Facebook are currently said to be maintaining an "ongoing conversation" concerning an iOS version of Facebook Home - the company's user interface layer for Android, which launched earlier this month. (See Update, below.) In an interview originally published by Bloomberg, Facebook's Adam Mosseri talked about the potential of Home expanding beyond Google's Android operating system and onto other smartphone platforms, such as those of Apple and Microsoft. Concerning the former, Mosseri had this to say:

“It may or may not be Home,” he said. “We could also just bring some of the design values to the iOS app. That might be how it ends up. Or we could build just the lock screen. Maybe then it’s not called Home, it’s called something else.”

Apple and Facebook have collaborated in the past, culminating in a series of pre-existing iOS applications and even Facebook integration within iOS, which appeared last year with iOS 6. It could be that a brand-new iOS app comes out of Apple and Facebook's ongoing talks, or that the Facebook applications already available get something of an overhaul. If anything definite is announced, we'll let you know. In the meantime, check out the Facebook Home (for Android) trailer, which is embedded below. http://www.youtube.com/watch?v=Lep_DSmSRwE

According to The Next Web, who cite "a source inside Facebook familiar with the discussions," Apple and Facebook are rather not in talks concerning the potential of bringing Home, in some form, to iOS:

[...] the social networking company is not in talks with Apple or Microsoft, contrary to what Bloomberg has reported earlier. We’ve been told that while the company has good relationships with both Apple and Microsoft, right now no discussions have taken place to bring Home to those platforms. 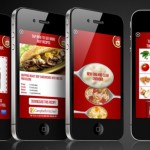 The AppAdvice Week In Review: Facebook Home, 'Mad Men's' Return And A Delay
Nothing found :(
Try something else