You are using an outdated browser. Please upgrade your browser to improve your experience.
by Aldrin Calimlim
April 27, 2013
When Apple began selling tickets for WWDC 2013 a couple of days ago, they ended up being "gone in 120 seconds." As a result, this unprecedented incident left a large number of developers disappointed since they wouldn't be able to attend the annual tech conference. But in a bid to appease ticketless developers to some extent, Apple has announced a couple of interesting alternatives. First, the company promises to make all of the WWDC 2013 session videos available online during the event, enabling registered developers not in attendance to keep abreast of developments as they're announced. As noted by The Next Web, session videos for past WWDCs were usually made available days, weeks, and even months after the events. Second, Apple also plans on holding Tech Talks in different cities this fall. If you'll recall, the last Tech Talks, which were centered on iOS 5, were held back in 2011 in cities across America, Europe, and Asia. Apple has announced the foregoing through a brief post on its "News and Announcements for Apple Developers" page, which reads:

Enthusiasm for WWDC 2013 has been incredible, with tickets selling out in record time. For those who can’t join us in San Francisco, you can still take advantage of great WWDC content, as we’ll be posting videos of all our sessions during the conference. We’ll also be hitting the road this fall with Tech Talks in a city near you. Hope to see you there. 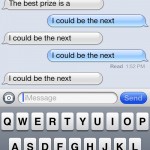 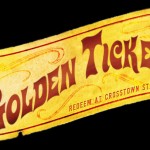 Couldn't Get A Ticket To WWDC? Consider Attending The Free AltWWDC
Nothing found :(
Try something else