You are using an outdated browser. Please upgrade your browser to improve your experience.
by Bryan M. Wolfe
April 30, 2013
A year after Apple announced a new “Eyes-Free” Siri service for cars, it looks like the initiative is about to kick into overdrive. Specifically, Apple is said to be working with car makers on building updated versions of car center consoles that can attach to iOS devices, according to 9to5Mac. Paraphrasing comments made by “multiple people familiar with the initiative,” the report says that Apple is working with car makers to “deeply embed iOS’s Maps and Siri services into cars.” Specifically, “an iPhone could be plugged into a car and an optimized, redesigned version of Apple Maps will appear on the car’s built-in display instead of a proprietary GPS system found in many cars.”

What is being discussed here is much different than what Volkswagen unveiled earlier this month with the so-called iBeetle. There, iPhone integration was done via a third-party app. Under this scenario, cars would be equipped with a “feature akin to a video-out or mirrored display representation of the iPhone’s Maps app onto the bigger screens included with most modern vehicles.” However, don’t expect to see this sort of integration anytime soon. In fact, it could potentially be far off, since it would rely on Apple's yet-to-be-announced iOS 7, and car maker testing and approval. In the meantime, new cars will only include Eyes-Free features on a limited basis, and not through a proprietary GPS system. GM, BMW, Toyota, Audi, Honda, and Land Rover, have all announced plans in recent months to bring this integration to future car models.

This all sounds very exciting until you look at where Siri and iOS Maps are currently. Apple’s voice assistant remains in beta nearly two years after it first debuted on the iPhone 4S. Meanwhile, iOS Maps has a long way to go to shake off the initial criticism for the Google Maps-free app. In other words, Apple needs to vastly improve both features in iOS 7 before they can even think of bringing the technologies to automobiles. As usual, we’ll keep you updated. 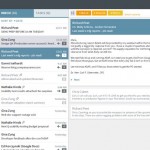 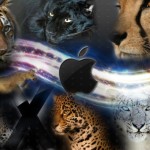 Apple’s Low Key OS X ‘Cabernet’ To Launch Later This Year
Nothing found :(
Try something else