You are using an outdated browser. Please upgrade your browser to improve your experience.
by Joe White
April 30, 2013
Tickets for JailbreakCon 2013 are now available to purchase online. The jailbreak conference, which is taking over the Raddison Hotel in New Rochelle, N.Y., on August 23-24, 2013, will feature talks from some of the biggest names on the jailbreak scene, and is also expected to include numerous hands-on workshops and discussion panels. As a reminder, the jailbreak conference started life as MyGreatFest in 2011, and made its first stop in London, England. Special guests included Jay Freeman, the Chronic Dev Team, and a selection of popular jailbreak developers, such as Aaron Ash and iDroidProject. Following the success of its London event, the conference hit San Francisco, Calif. in 2012, and featured another impressive line-up. JailbreakCon 2013, in New York, is a two-day conference. The first day, August 23, is what organizers are calling the "main event." Tickets for this day start at $80.00, and provide customers with access to "all main stage presentations, plus inclusion into competitions and day-long access to vendors and retail demonstrations." The second day of JailbreakCon consists of developer workshops, and a one-day pass for August 24 will also set customers back $80.00. If you're interested in attending both days, however, two-day passes can be purchased online for $140.00. Do note, though, that the prices quoted above are "early bird," and may increase in time. For more information, visit JailbreakCon's official website. Are you planning on attending the jailbreak conference? 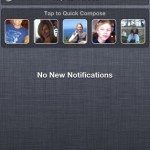 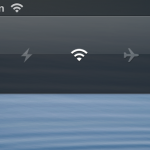