You are using an outdated browser. Please upgrade your browser to improve your experience.
by Brent Dirks
April 26, 2013

If the name didn’t tip you off, the BookBook from Twelve South (one of my favorite iOS accessory makers) mimics the look and feel of a real novel. The handmade leather exterior has been purposely worn, and there is even a rigid spine with title information on the “classic.” After unzipping the exterior with one of the two included zippers, you’re greeted with a leather support frame for the iPad mini and a soft, black suede lining that adds another level of protection. Inserting the iPad mini inside the support frame is easy and takes just a second. After unsnapping the two buttons that attach the frame to the inside back cover, just insert the tablet inside, and attach it back to the cover. Thankfully, the BookBook can also be used as more than just a case. With a wedge near the bottom of the support frame, you can prop the iPad mini into a comfortable typing position or stand it upright for a strong media viewing angle. It was very easy to convert the case into both of those positions, and it was very stable as well. Also, all buttons and ports are accessible in the case with one big exception – the rear camera. While TwleveSouth’s BookBook for the iPhone 5 has a rear camera hole, iPad mini shutterbugs are out of luck. But that’s not to say you can’t take a picture while using the case. You’ll have unzip the case, lift the iPad mini out by the interior frame, and then finally take the picture. In the time it takes to do that, I could easily take a boatload of photos with my iPhone. So that’s a disappointment.

Plainly, the leather used on the BookBook’s two covers and spine is a very nice quality. I usually tend to gravitate toward new leather, but the aged look of the case helps it stand out and give the solution a lot of character. Along with the black version I looked at, the case is also available in red and brown. One of the somewhat overlooked pluses of the BookBook is its built-in security. When the case is closed, it looks exactly like a book, and doesn’t alert the people around you that you a carrying an expensive piece of technology. I also like the fact that the BookBook was slimmer than I thought it would be. Weighing in at only 7.5 ounces, carrying an iPad mini with the case feels almost as natural as using an unprotected tablet.

Even though I think the BookBook is built to last for more than a few years of wear and tear, I don’t feel like it should be considered a rugged protection option. While it will easily protect the iPad mini in a bag or purse, I wouldn’t want to drop the BookBook at all. If you have clumsy kids or worry about dropping the expensive tablet, there are some better options available like the OtterBox Defender. The BookBook can easily be thought of as a middle-grade protection option that looks great as well.

It’s somewhat hard to compare the BookBook to other iPad mini cases because of its unique style. The closest comparison would be the DODOcase that is similar in design and price range. I previously reviewed the DODOcase for the full-sized iPad, and the company’s options for the iPad mini are very similar. If I had to make a choice between the two, I would choose the BookBook by a very small margin.

If you’re looking for premium protection for the iPad mini, look no further than the BookBook. While the high price might be a turn off for some, the case is well built and easily justifies its cost. 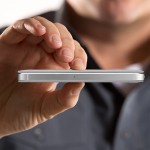 The SurfacePad For iPhone’s Beauty Is Only Skin Deep, But In A Good Way 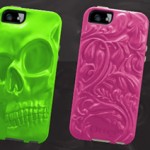 OtterBox’s New 3-D Cases Bring Another Dimension Of Fashion To The iPhone 5
Nothing found :(
Try something else