You are using an outdated browser. Please upgrade your browser to improve your experience.
by Aldrin Calimlim
April 9, 2013
Rumor has it that WhatsApp, the company behind the popular messaging app of the same name, is in negotiations to be acquired by Google. Um, make that "Rumor had it." A few days ago, Digital Trends reported that, "according to an insider source," WhatsApp and Google were in talks over what could be a billion-dollar acquisition. But now, none other than a WhatsApp executive has denied the rumor. AllThingsD reports:

Popular messaging app WhatsApp says it is not in discussions to sell the company to Google. Neeraj Arora, WhatsApp’s business development head, told AllThingsDigital today that the company is not holding sales talks with Google.

Of course, Google attempting to buy WhatsApp is not a blatantly implausible claim. WhatsApp is one of the most popular messaging apps that support various platforms, including iOS, Android, BlackBerry, and Windows Phone. And with widespread speculation surrounding the search giant's forthcoming unified messaging application dubbed Google Babel, it's easy to see how WhatsApp would've entered the picture. Optimized for iPhone and iPod touch, WhatsApp for iOS is available in the App Store. Currently, WhatsApp for iOS is available for a one-time download fee of $0.99. But the app is set to adopt an annual subscription plan consistent with its counterparts on other platforms by the end of this year. When that happens, WhatsApp for iOS will be free for the first year and cost $1 for every year thereafter. [gallery link="file" order="DESC"] 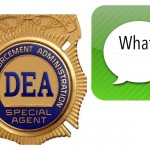