You are using an outdated browser. Please upgrade your browser to improve your experience.
by Joe White
May 21, 2013
While the so-called "iPhone mini" is still little more than a rumor, Apple has nevertheless rolled out a couple of new schemes designed to make its smartphone more affordable in India, ZDNet reports. First, students who trade in an old smartphone in order to buy a new iPhone 4, iPhone 4S, or iPhone 5 handset will now receive 7,777 rupees ($144), while non-students are offered 7,000 rupees ($130). Second, however, Indian customers who purchase a new iPhone handset using an American Express credit card will receive 10 percent cashback. As ZDNet explains:

The smartphone manufacturer will refund a maximum of 6,000 rupees (US$111) to American Express customers who purchase an iPhone 4, 4S or 5 before June 10, according to a full-page advertisement published in a news daily. An AmEx credit card issued by an Indian bank must be used to purchase the handset on the recently introduced installment plans, available via distributors Redington and Ingram Micro. For example, a customer will receive 4,550 rupees (US$70) when they purchase an iPhone 5 (16 GB) on six monthly instalments of 2,374 rupees (US$43), plus a 9,990 rupees (US$181.50) downpayment.

Back in March, we heard that Apple was looking to further expand its presence in India through launching more than 100 new Premium Reseller stores before 2015. In the country, there are no official Apple Stores due to government regulations that call for single-brand stores, such as Apple's, to source at least 30 percent of the goods they sell from local vendors. As the world's second most populous country, India is a target for both Apple and Samsung, and each company has taken measures to make its smartphone offerings more affordable for Indian customers. Along with the new scheme outlined above, Apple also allows consumers to purchase an iPhone by installments in India, while Samsung offers 15 percent cashback. We'll keep you posted with related news as it becomes available. In the meantime, see: Dubai's Burj Al Arab Hotel Now Offering 24-Carat Gold-Plated iPads For In-House Guests, South Australia's First Apple Store To Open This Saturday, and Verizon's LTE Network Keeps On Growing: Six New Markets Added. 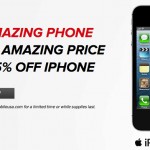 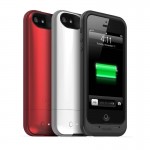 The New Mophie Juice Pack Plus Battery Case Packs The Most Juice Yet For iPhone 5
Nothing found :(
Try something else