You are using an outdated browser. Please upgrade your browser to improve your experience.
by Aldrin Calimlim
May 30, 2013
Kiloo is keeping it fresh as far as its popular endless running game Subway Surfers is concerned. Today, yet another content update has been pushed to the game, and it reveals where the latest leg of the Subway Surfers World Tour is set. Just in time for the onset of summer, the Subway Surfers World Tour has arrived in Florida aka The Sunshine State. As a result, you can now surf the sunlit beaches of Miami and grind trains along tracks lined with palm tress and pink flamingos. Speaking of flamingos, the game's new Weekly Hunt challenges you to chase flamingos in order to win prizes. The sunshiny new version of Subway Surfers also lets you: Compatible with iPhone, iPod touch, and iPad, Subway Surfers is available in the App Store for free. So far, the Subway Surfers World Tour, which kicked off last January, has gone to New York City, Rio de Janeiro, Rome, Australia, Tokyo, and Miami. Next stop? Take a wild guess. [gallery link="file" order="DESC"] 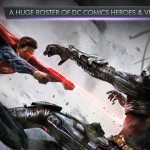 Lobo And New 'Red Son' Characters Join The Pantheon Of Injustice: Gods Among Us 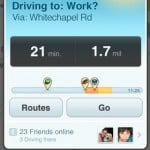 As Its New Update Suggests, Waze Likes Facebook More Than Ever
Nothing found :(
Try something else