You are using an outdated browser. Please upgrade your browser to improve your experience.
by Dom Esposito
May 27, 2013
Recently, we told you about an upcoming restore tool called Semi-Restore. With this tool, you have the ability to restore your device and return to a near stock version of iOS while keeping your jailbreak. Unfortunately, Semi-Restore is still in development, and currently, there’s no scheduled release date. The good news is, there's another tool called iLEX RAT that offers the same functionality. Originally reported by iDownloadBlog, this tool will restore your device to stock iOS without damaging its jailbreak. It's also notable that iLEX RAT was available before Semi-Restore, but appears to use different methods to restore a device. This isn’t an official restore, but the results are pretty impressive. Keep in mind, iLEX RAT will remove all apps, tweaks, settings, and any other information from your device. It just works. Also, it’s also a bit easier than Semi-Restore to run and the entire process happens on your iOS device without the need of a computer. Along with its restoring abilities, iLEX RAT also offers several other options to clean up your device. If you’ve been running into lag or any other issues due to installing various tweaks or apps, this is your best option before restoring via iTunes. If you restore through iTunes, you'll be forced to update to the latest version of iOS that's not compatible with the Evasi0n jailbreak. It’s important to note that this process should only be used as a last resort. While its success rate is high, iLEX RAT isn’t a tool you should run every day. Check out this video tutorial on iLEX RAT: http://www.youtube.com/watch?v=HYrjkyliMPI

If you’d like to try iLEX RAT for yourself, you can download the tool via Cydia for free by adding the following repository to your sources:

You'll also need to make sure that you install Mobile Terminal via Cydia to run this tool. Follow the steps outlined in the above video and you’ll be on your way to a fresh start with your jailbreak intact. Direct questions or other related support inquiries about iLEX RAT to the developer's Twitter account. Check it out and be sure to let us know what you think in the comments. For other great Cydia tweaks check out: InstaVelox Adds An Enhanced Velox Folder To Instagram, Add Activator Actions To Icons With App Activate, and Background Manager Revives True Multitasking For iOS 6. 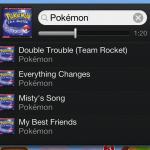 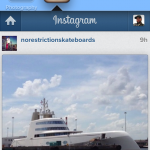 Cydia Tweak: InstaVelox Adds An Enhanced Velox Folder To Instagram
Nothing found :(
Try something else