You are using an outdated browser. Please upgrade your browser to improve your experience.
by Joe White
May 13, 2013
Earlier today, a brand new app from Groupon called Groupon POS appeared in the App Store. The application, optimized for the iPad only, offered merchants a means of accepting and managing payments while on the go, from Apple's tablet computer. Since Groupon didn't provide an announcement or press release for Groupon POS, the application's launch came as a surprise. However, as of this writing, the app is no longer available to download in the App Store, signifying that Groupon POS was released prematurely. As first reported by 9to5Mac:

The new Groupon POS app appears to be a scaled back version of the Breadcrumb POS app that the company acquired last year with the iTunes page noting that it best suited “for a wide variety of merchants from cafes and delis, to salons, spas, and florists.” The iTunes page also says the app will work “with an optional cash drawer and printer,” although its unclear if Groupon plans to sell the hardware directly to customers like Square recently started doing with its business in a box offer.

As mentioned above, however, the app is indeed no longer available to access in either the U.S. or international App Stores. With any luck, Groupon POS will make a return to iPads in the immediate future. While a degree of mystery is naturally surrounding the application, it's clear that merchants will appreciate the option of accepting and managing payments directly from an iPad. It'll also be interesting to see if Groupon is indeed planning on retailing its own hardware, à la Square. Hopefully all will become clear soon. We'll keep you updated with further news on Groupon POS as we receive it. In the meantime, see: TwistedWave Audio Editor Updated To Add Support For Audiobus And More, Popular Audio-Sharing App SoundCloud Adds Google+ Sign-In Option, and The Classic Game Goes Digital In Dots And Boxes 2013 For iOS. 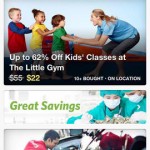 Deal Of The Day: Groupon For iPhone Updated With New Bundle Of Improvements 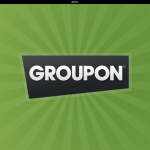 Groupon HD Rises To The Occasion With Great Deals On Goods, Getaways And More
Nothing found :(
Try something else