You are using an outdated browser. Please upgrade your browser to improve your experience.
by Joe White
May 21, 2013
If you've been holding out for this month's anticipated release of Leisure Suit Larry in the Land of the Lounge Lizards, we have some bad news. More than a year since the project met its funding goal of $500,000 through Kickstarter, the forthcoming game has been delayed by one month due to the presence of a series of problematic bugs found in a beta version of the game. In the 63rd update added to the Kickstarter project page, the issue is explained:

Here’s the problem, and thus this un-scehdule [sic] Kickstarter update: due to the pure number of bugs found in the PC version alone (the Mac version is being tested now, but not via Steam), we’re having to delay the game, yet again, until the end of June. I can’t tell you how many phone calls, arguments, and heart breaking conversations I’ve had with my advisors on this. I SERIOUSLY wanted this game out by the end of May because we’ve postponed it more times than Larry’s been rejected. Ok, well, maybe not THAT many, but still ... we’ve had some delays.

While an annoyance, do remember that the delay only means that Leisure Suit Larry, once available, will be all the more bug-free from the very beginning, which is good news for prospective users. We'll let you know once Leisure Suit Larry appears in the App Store - or if the app's launch is postponed further! For more information on the forthcoming release, take a look at the app's Kickstarter project page. Alternatively, see: Readmill Gains More Font Sizes, Highlight Deletion And Other Improvements, Latest Impossible Road Update Adds iCade Support And More, and Google's New Streaming Music Service Is Coming To iOS. 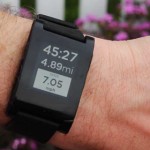 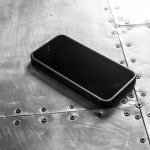 A Lightweight Aluminum iPhone Bumper, The AL13, Is Now Available
Nothing found :(
Try something else