You are using an outdated browser. Please upgrade your browser to improve your experience.
by Brent Dirks
May 28, 2013
At least in the first quarter of 2013, Samsung’s revenue from smartphone sales was larger than Apple’s. According to data from Strategy Analytics, reported by the Yonhap News Agency, Samsung tallied $23.62 billion in revenue from smartphone sales. By comparison, Apple garnered $22.95 billion in sales during the same time period. That was down $7.71 billion from the previous quarter. While those two companies continue to battle it out for the top spot in the market, there doesn’t seem to be much room for anyone else. Nokia tallied $3.64 billion in sales while LG Electronics garnered $2.95 billion in revenue during the quarter. On a bright note, Apple continued to dominate in the operating income ratio category with a 31 percent share. Samsung was No. 2, trailing with a 21.8 percent share. It will definitely be interesting to see how the smartphone wars continue to play out the rest of the year. With Apple not expected to unveil the next-generation iPhone until sometime this fall, Samsung seems to have a temporary opening to gain some ground with its new Galaxy S IV handset. But I do agree with my colleague Bryan M. Wolfe, who recently stated that Apple seems to be concerned about one thing – profit margin. And as long as that number continues to be astoundingly high, I can’t see there being much worry in Cupertino. 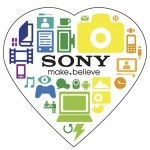