You are using an outdated browser. Please upgrade your browser to improve your experience.
by Brent Dirks
June 19, 2013
Popular app Analog Camera has just received its first ever update with the release of version 1.0.1. The most important new feature in the update is the ability to browse all photo albums. In the original version, users could only access their Photo Stream and Camera Roll. Also, the app has been translated into a number of new languages, including French, German, Italian, Spanish, Brazilian Portuguese, Japanese, Simplified Chinese, Korean, and Russian. Analog Camera is designed for the iPhone/iPod touch but is compatible with the iPad. It can be downloaded now in the App Store for $0.99. After the app was released in late May, our own Christine Chan was very positive in her review. Developer Realmac Software is also behind the simple to-do app Clear:

Now that I have Analog Camera, I find myself focusing on the moments at hand, rather than transforming them into artificial images. If you loved the simplicity that is offered in Clear, then you will love having it applied to your camera as well. Less is more, after all.

It also took home our coveted App of the Week award soon after its release. While there are a huge number camera apps to choose from in the store, I’m pleased to see that Realmac has created a very unique option for buyers. 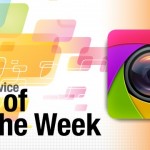 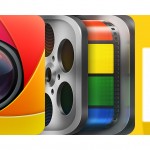 Today's Best Apps: Analog Camera, Clipper And Instruct
Nothing found :(
Try something else