You are using an outdated browser. Please upgrade your browser to improve your experience.
by Joe White
June 5, 2013
Great news, Apple TV fans. One new hack has recently surfaced online, which allows Apple TV owners to install Plex on their set-top box jailbreak-free. Called "PlexConnect," the new hack takes less than two minutes to configure, and is compatible with the second- and third-generation Apple TV. If you're not familiar with the software, Plex is an application that allows users to stream video from a computer to an iDevice or Apple TV. While the second- and third-generation Apple TV previously required a jailbreak in order for users to install the Plex client on the set-top box, as explained at the Plex blog, this has now changed:

Enter PlexConnect. The brainchild of Baa and roidy, it’s a super clever little hack which allows a rich, fully-functional Plex client on un-jailbroken ATV2 and ATV3 (1080p!) devices. Essentially, you run a program on your computer which masquerades as the Trailer app. Next, change one setting on the ATV, and you’re up and running. It took me less than 2 minutes to install and get it running. It already uses the new transcoder (which means great support for subtitles), and I suspect it’ll support myPlex soon as well. In the PlexPass preview release of the media server, it also supports AC3 5.1 (remuxing and transcoding from DTS).

At the minute, PlexConnect is in its early stages of development, and so potential users are warned that the software could be slightly unstable. If you're willing to take PlexConnect for a spin, however, step-by-step instructions for installing the jailbreak-free hack can be found online. For further news, see: App Camp For Girls Hopes To Get More Girls Coding iOS Apps, AT&T Continues 4G LTE Network Expansion, Adds 16 New Markets, and Last But Not Least: Hacked Sprint Carrier Update Offers Improved Cellular Performance. 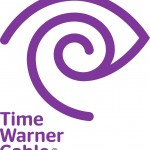 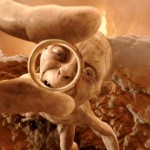 Analyst Still Believes That An 'iRing' Powered Apple Television Is Coming This Year
Nothing found :(
Try something else