You are using an outdated browser. Please upgrade your browser to improve your experience.
by Brent Dirks
June 28, 2013
Apple seems to be quickly making progress on fine tuning iOS 7 for public release this fall. According to BGR, iOS 7 beta 3 will be released to carriers (and most likely developers) on Monday, July 8. That would be exactly two weeks after iOS 7 beta 2 was unveiled on Monday. And according to the site, the next beta version will also feature more refinements to the next-generation operating system:

We are told Apple is still working on refining iOS 7′s design in order to make it cohesive across the entire OS, and we should see further refinements in beta 3.

Earlier this month, thanks to data from Will Hains, we reported on a rough estimate of the release date for each beta version. Beta 2 was released right on schedule Monday. But if the next beta edition is unveiled on the reported date, that would be two days ahead of schedule, at least when compared to previous OS versions. For more iOS 7 news, see: Features That Would Make Control Center In iOS 7 Even Better, How Your Favorite iOS Apps Might Look Once iOS 7 Is Released, Apple Begins Introducing iOS 7 To The Business And Education Communities, and Hold That Pose! New APIs Mean iOS 7 Could Detect Blinking, Smiling. 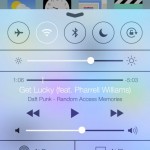 Features That Would Make Control Center In iOS 7 Even Better 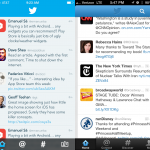 How Your Favorite iOS Apps Might Look Once iOS 7 Is Released
Nothing found :(
Try something else