You are using an outdated browser. Please upgrade your browser to improve your experience.
by Joe White
June 10, 2013
According to one prominent analyst, a revamped line of iMac computers could be one of the several announcements made by Apple during its WWDC 2013 keynote. Particularly, analyst Ming-Chi Kuo of KGI Securities anticipates that Apple will seek to launch Haswell-powered iMacs this month or next. While drawing attention to a recent fall in iMac sales, Kuo states, via MacRumors:

We attribute the shipments decline to the fact that new product shipments have peaked and due to the arrival of the consumer slow season. But we believe iMac shipments troughed in 2Q13. Apple is expected to upgrade iMac processor to Intel’s (US) latest Haswell processor in June or July. Meanwhile, the consumer peak season has arrived. Thus we expect shipments to reach 1.1mn units in 3Q13, up 69% QoQ. Full-year shipments are forecast to be 4.7mn units, up 31% YoY.

In previous years, Kuo's predictions have proved to be accurate. More recently, however, the analyst claimed that Apple's iPad 5 is set to be 15 percent thinner, and 25 percent lighter; he argued that the Cupertino, Calif. company could be planning on launching a low-cost iPad mini; and he suggested that this year, at least, an "iWatch" isn't in the cards for Apple. If a refreshed iMac is indeed set to launch in the coming months, Apple will most likely announce the new product at today's keynote presentation, which is set to commence at 10 a.m. PDT. We'll keep you updated with all of today's news as we receive it. 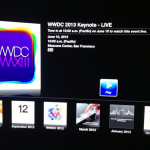 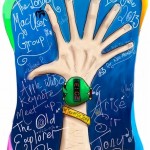 London-Based Apple Fans Can Once Again Share A Pint And Discuss Today's Keynote
Nothing found :(
Try something else