You are using an outdated browser. Please upgrade your browser to improve your experience.
by Bryan M. Wolfe
June 18, 2013
A new video purportedly showing a case for the upcoming budget iPhone is making the rounds. The video, which shows a case designed by Japan’s MGM Corp., was first noticed by Macotakara. As you can see, the case is designed for a phone with rounded edges, and a slightly thicker frame than the iPhone 5. There is space for a rear-facing camera, plus room for volume controls on the left side. According to the report, the case is approximately 2 millimeters thicker than one for the iPhone 5. Take a look: Naturally, there is no way to confirm the authenticity of the case highlighted in this video. However, the case does match specifications of previous “iPhone mini” rumors. The first budget iPhone is likely to be released this fall alongside Apple’s next flagship handset. Rumors have suggested that Apple may price the model at under $200 to appeal to developing nations such as China, and India. For addition information, see: After WWDC, Apple Likely To Hold Two ‘Special Events’ This Fall And Perhaps A Third, Further Indication That Apple Will Release Two New iPhones In September, and Apple Rumored To Shift Back To Samsung For Thin Glass LCD Production. 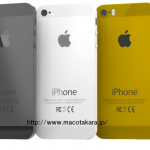 Could A Gold iPhone 5S Really Be In The Cards? 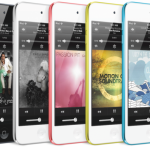 Reuters: Apple To Launch New iPhone Models With Bigger Screens, In Multiple Colors
Nothing found :(
Try something else