You are using an outdated browser. Please upgrade your browser to improve your experience.
by Joe White
June 11, 2013
OS X Mavericks has continued to expand on functionality present in Apple's iOS in a number of important ways. One aspect of particular interest, however, concerns Dictation for Mac in OS X 10.9. Namely, a brand new "Enhanced Dictation" feature (which requires a 785-MB download) allows users to take dictation offline, and also provides Mac owners with live feedback on their spoken commands or questions, as in Google Voice Search for iOS. While the feature isn't yet live in OS X Mavericks beta, a new System Preferences option describes Enhanced Dictation in full: Could this be something Apple will bring to iOS? The additional storage required for offline dictation is sizeable, and as such it would make sense for Siri to remain an online-only commodity. Live feedback, however, is a possibility - especially since Google offers a similar feature in its own Siri-competing Voice Search. At the moment, live feedback isn't enabled in Siri for iOS 7, and it wasn't mentioned during yesterday's keynote. We'll keep you updated with further information as we receive it. In the meantime, see: John McCain Got What He Wanted In iOS 7, And Thanks Apple For It, Apple's All-New Maps Icon Is Relocated To Campus 2, and Siri, Show Me A Hands-On Preview Video Of Your New Features In iOS 7. Image credit: 9to5Mac 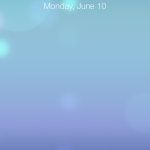