You are using an outdated browser. Please upgrade your browser to improve your experience.
by Bryan M. Wolfe
June 26, 2013
Limbo is heading to iOS. First released on Xbox Live Arcade in 2010, the popular puzzle, and action adventure game, will launch on Wednesday, July 3 on the iPhone/iPod touch and iPad. Created by Denmark’s Playdead, Limbo is considered a 2-D side-scrolling video game. In it, users help an unnamed boy through dangerous environments and traps as he searches for his sister. Take a look: Since first launching, Playdead has sold 3 million copies of Limbo. Besides Xbox Live, the game is available on PlayStation 3, Windows PC, Steam, and PlayStation Vita. It is also available in the Mac App Store for $9.99. When released on iOS, Limbo will be priced at $4.99, and work on the iPad 2 (and higher), iPad mini, iPhone 4S (and higher), and the current iPod touch. Playdead was founded in 2006 by Arnt Jensen and Dino Patti. The founders made the development studio specifically to create Limbo, which took three years to produce. The purpose of Playdead is to develop and publish original computer and video games. See also: The Invisible Gamepad Launches For Mobile Devices On Kickstarter, Up, Up, Down, Down ... Contra: Evolution Now Officially Available In The App Store, and XCOM: Enemy Unknown For iOS Blasts Into The App Store. 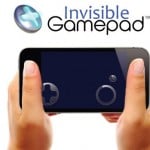 The Invisible Gamepad Launches For Mobile Devices On Kickstarter 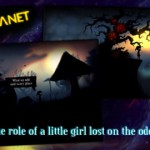 Start Exploring: OddPlanet Now Optimized For The iPhone 4, iPhone 5 And iPad
Nothing found :(
Try something else