You are using an outdated browser. Please upgrade your browser to improve your experience.
by Joe White
June 18, 2013
The Twitter-owned Vine app has just received an update adding a brand new sharing button, minor interface changes, performance improvements, and bug fixes. Available in the App Store free of charge, Vine 1.1.3 allows users to compose, share, and browse through short, looping videos on an iPhone or iPod touch. Since its original launch in the App Store at the beginning of the year, Vine has proved to be incredibly popular and so far maintains a strong user base. Outlined by the app's developer in its release notes, changes made in Vine 1.1.3 include:

This update adds a new share button underneath posts on your feed, along with other interface improvements and bug fixes.

As you can see in the above image, users can share posts to Twitter and Facebook, or have the option of embedding the code on their own website. Go grab the new version of Vine now, and start sharing your favorite posts! As mentioned, the application is currently available to download in the App Store free of charge, and is optimized for the iPhone and iPod touch. For more of today's app news, see: Second Gear Reveals The Icon For Its Upcoming App Via Passbook, Squrl Updated: Goes "Flat," Adds Comments, Improves Recommendations, and Space Hulk Will Smash Into The App Store This Fall. 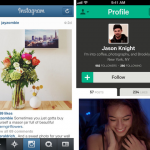 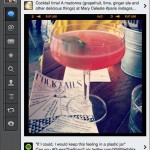 Tweetbot For Mac's 1.3 Update Adds Media Timeline And More
Nothing found :(
Try something else