You are using an outdated browser. Please upgrade your browser to improve your experience.
by Joe White
June 18, 2013
According to a new study conducted by PCMag, AT&T's 4G LTE service is the fastest in the United States, while Verizon's own super-fast cellular data service proved to be the "most reliable." The test, which was conducted across a total of 20,000 miles, put the respective 4G LTE networks of AT&T, Verizon, Sprint, and T-Mobile against one another in a bid to crown 2013's fastest mobile network. PCMag explains:

This year, we upgraded our testing to be more consistent and more realistic. We put three Ford hybrid-electric cars on the road (for more, see “It’s Electric! Driving Ford’s High-Tech Cars”), each packed with eight identical Samsung phones to test the four major carriers’ networks: AT&T, Sprint, T-Mobile, and Verizon Wireless. A new testing tool from Sensorly let us grab new measurements, like the all-important “time to first byte” which tells you how long it takes for a Web page to start to appear.

In the 30 different cities tested, AT&T's 4G LTE network indeed proved to be the fastest of the bunch, with Verizon coming in a close second. PCMag is careful to note, however, that Verizon nevertheless continues to be the most reliable of the four U.S. carriers. In the publication's appraisal of the network, which it calls "the master of coverage and reliability," PCMag explains:

It's not all bad news for Sprint iPhone owners, of course. The carrier announced recently that it has expanded its 4G LTE network to add 22 new markets, while T-Mobile is still in the process of catching up with its competitors. For the full report, be sure to visit PCMag's website. See also: Digg's Google Reader Replacement Set To Launch On June 26 For iPhone, AT&T Enables FaceTime Over Cellular For Certain Subscribers, and Hidden Features In iOS 7 Discovered: Folders In Folders, Gestures And More. 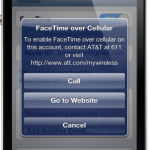 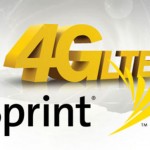 Sprint Expands Its 4G LTE Network To Add 22 New Markets
Nothing found :(
Try something else