You are using an outdated browser. Please upgrade your browser to improve your experience.
by Joe White
June 25, 2013
Apple fans looking to add a high dynamic range (HDR) photography option to the iPad's built-in Camera app will be pleased to learn that the feature is incoming in iOS 7. In fact, HDR for iPad has already been added in iOS 7 beta 2, which launched yesterday for the iPhone, iPad, and iPod touch, according to 9to5Mac. It's a minor change, but one iPad photographers will nevertheless appreciate. As a reminder, HDR photography was added to the iPhone in iOS 4.1, and creates an overall image from three separate photographs captured at differing exposure levels. Design changes have also been made to the built-in Camera app in iOS 7 beta 2, which largely mirror those made to the application as it appears on the iOS 7-powered iPhone and iPod touch. For more information on iOS 7 for iPad, be sure to take a look at our recent video walkthrough. For additional iOS 7 beta 2 related news, see: Apple Unveils New Switch Control Accessibility Feature In iOS 7 Beta 2, Apple Updates Messages App In iOS 7 To Include New Time Stamps, and Latest iOS 7 Beta Includes Ability To Stream Videos That Aren’t Stored On Your Device. 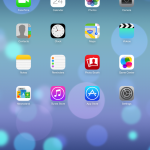 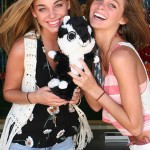 In iOS 7, You Can Take Screenshots In Snapchat Without The Senders Knowing
Nothing found :(
Try something else