You are using an outdated browser. Please upgrade your browser to improve your experience.
by Joe White
July 15, 2013
Apple is said to be "aggressively" hiring new employees for its anticipated smart watch, in a move which suggests that the Cupertino, Calif. company is now seeking additional expertise to assist in the development of the so-called "iWatch." The news comes from the Financial Times:

The company has begun hiring “aggressively” for the project in recent weeks, say people familiar with Apple’s plans for the wearable device, a move that shows it has stepped up development but which raises questions over the ability of its own engineers to develop wearable technology. As Apple moves from iPods, iPhones and iPads into an entirely new category of product, it is looking beyond its existing staff in Cupertino for the talent required to build it – an indication that the endeavour involves “hard engineering problems that they’ve not been able to solve,” according to one source.

According to the report, Apple has also been acquiring smaller firms which specialize in technologies related to the smart watch, and is aiming to launch the product in late 2014, rather than 2013, as previous analysis has indeed indicated. For some time, the company is said to have had 100 or more designers working on the product, which is rumored to be a wristwatch capable of performing some of the tasks currently reserved for Apple's line of iDevices. From what we understand, a touch-optimized display and curved battery could also be in the cards. Furthermore, Apple has recently been on something of an "iWatch" trademark spree in countries spanning the globe. Trademark applications in Russia, Jamaica, Japan, Mexico, Taiwan, and Turkey have so far been uncovered, though Apple could have trouble securing the name in both the United States and the United Kingdom. It seems that an iWatch is indeed in the works. Though whether it'll arrive before many are able to get their hands on a Pebble smart watch, either online or in person at Best Buy, remains to be seen. We'll keep you updated with further information as we receive it. In the meantime, see: Cydia Tweak: Sliderz Lets You Customize Text For Various Sliders, Today's Best Apps: Cameragram And Bugshot, and Solve Puzzles The Medieval Way In Max Rush For iOS. 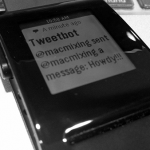 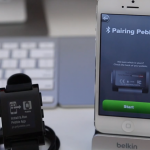 Video: How To Set Up A Pebble Watch With iOS
Nothing found :(
Try something else