You are using an outdated browser. Please upgrade your browser to improve your experience.
by Joe White
July 25, 2013
That's right, you didn't read the headline wrong. Last quarter, during which Apple was expected to buy back some 10 million of its own shares, the Cupertino, Calif. company instead snapped up 36 million for a total cost of $16 billion. The figure, as Philip Elmer-DeWitt of Fortune explains, could instead have been used to buy all of Nokia, or BlackBerry - three times. From what we understand, Apple paid just over $444 per share, spending $4 billion in cash, and $12 billion through its accelerated share repurchase program. As such, at a time when competitors,such as Google and Yahoo, are busy acquiring companies as prominent as Waze and Tumblr, Apple's biggest acquisition during Q3 2013 was itself. Fortune adds that most of the shares purchased by Apple (around 22 million) were retired during the same quarter, with the remaining set to be retired in Q4 2013. Apple's share prices have naturally decreased since the company's last product launch, however with a next-generation iPhone, iPad, and iPad mini expected for a fall 2013 launch, most speculate that the future nevertheless looks bright for Apple stock. We'll keep you updated with further information as we receive it. In the meantime, see: Apple Is Working On A Unique Solution To iOS Device Battery Woes, Following Two Incidents, Apple Posts A Charger Advisory Note In China, and Apple Users Are Hit By Phishing Attack Thanks To Developer Site Shutdown. 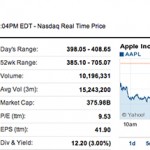 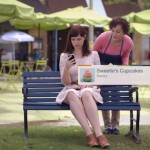