You are using an outdated browser. Please upgrade your browser to improve your experience.
by Bryan M. Wolfe
July 24, 2013
The headlining news to come out of yesterday’s financial results conference call with Apple was word that 31.2 million iPhones were sold during the usually tepid June quarter. That wasn’t the biggest news, however, at least from a forward-looking perspective. Apple also seemed to confirm that the next iPhone will be available in stores in September, according to research firm BTIG. In providing guidance for its fiscal 2013 fourth quarter, Apple stated that it expects revenue of $34-$37 billion, compared to $35 billion for the previous quarter. As BTIG notes, “Revenue would more typically drop multiple billions if the company had no new products planned.” In other words, “With September quickly approaching, this could be the start of a string of new product announcements that increase investor confidence in Apple’s ability to return to EPS growth next year.” Apple’s fourth quarter ends on Sept. 30. Obviously, it would have to release a new iPhone before then, in order to meet its revenue target. This really isn't much of a surprise. The iPhone 5 was announced on Sept. 12, 2012. The handset arrived in stores one week later. This doesn’t mean that the “iPhone 5S” will be released in September since Apple is also working on a so-called budget iPhone. Regardless, this is great news for anyone who has put off a smartphone purchase to wait for Apple. As I noted earlier this month, I can’t imagine a scenario where Apple would release one handset without the other. Therefore, I believe that Apple's revenue guidance takes into account the release of both models. We’ll find out soon enough. See also: Apple Could Be Prepping Two Different ‘iPhone mini’ Versions, Apple's iPhone 5 Accounts For Half Of All iPhones Sold, and Apple's iPhone Sales During The Holiday Quarter Could Top Record 62 Million Units. 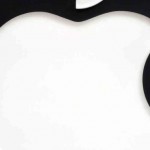