You are using an outdated browser. Please upgrade your browser to improve your experience.
by Joe White
July 16, 2013
Both AT&T and Verizon are to make it easier for subscribers to get the latest iPhone handset, thanks to the forthcoming availability of two interesting, new products: "AT&T Next" and "VZ Edge."

AT&T Next, a product similar to T-Mobile's "Un-Carrier" offering, promises to allow subscribers to upgrade their smartphone or cellular tablet, such as an iPhone or iPad, every 12 months. Rather than purchasing the iDevice outright, users put $0 down and commit to a monthly payment scheme. After 12 months subscribers can then upgrade their smartphone or tablet, and monthly payments roll-on afresh. Otherwise customers must continue paying for their iPhone or iPad for 20 months, before the monthly scheme is terminated. Importantly, with AT&T Next there is no upgrade fee, activation fee, or financing fee. Ralph de la Vega, chief executive officer of AT&T Mobility, said in a press release:

With AT&T Next, customers can get the newest smartphone or tablet every year with no down payment. That’s hard to beat, and it’s an incredible value for customers who want the latest and greatest every year.

AT&T Next is set to begin July 26, 2013. Below, we've included an AT&T video which explains the new product. http://www.youtube.com/watch?v=cC9zG1MgTLs&feature=player_embedded

In addition to the above, a Verizon training slide suggests that a similar product is in the cards for Big Red. Called VZ Edge, the service appears to work in a similar way to AT&T Next. DroidLife explains:

According to sources of ours, Verizon will introduce a new upgrade initiative on August 25 called “VZ Edge” that will allow customers to upgrade their phones much more frequently to “stay on the leading edge of technology.” In an training slide detailing the new plan, we can see that Verizon is offering up VZ Edge as a way for customers to avoid signing contracts and upgrade fees, while remaining on the “best network” and with the latest devices.

The below image explains Verizon's "VZ Edge Strategy." From what we understand, VZ Edge is expected to launch on August 25, 2013, and so we'll know more about the product over the course of the next month. Regardless of which carrier you're connected to, it's great to see both AT&T and Verizon move towards offering smartphone users more sensible plans. If the launch dates for each product hold true, AT&T Next and VZ Edge should become available in time for Apple's next-generation iPhone handset, meaning the timing couldn't be better. We'll keep you updated with further information as we receive it. In the meantime, see: Enhance Your Bite-Sized Videos With Adobe VideoBite's New Transitions And Looks, Dictionary.com For iPhone Gets New Interface, Rhyming Words Collection And More, and New Report Blames Fingerprint Sensor For iPhone 5S Production Issues. 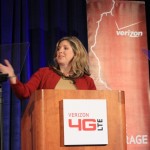 Verizon's 4G LTE Network Expansion Is 'Substantially Complete'
Nothing found :(
Try something else