You are using an outdated browser. Please upgrade your browser to improve your experience.
by Joe White
July 16, 2013
Apple's next-generation "iPhone 5S" handset could be in short supply later this year, according to a new report from DigiTimes. The publication claims that production of the smartphone's rumored fingerprint sensor is causing the issue, which may see Apple reduce first-quarter shipments for its seventh-generation handset come fall. For a while now, we've heard that Apple's iPhone 5S handset could sport a fingerprint sensor, which would incorporate biometric technology within (or rather, under) the smartphone's physical Home button. DigiTimes now concludes that this fingerprint sensor will cause Apple trouble as the company looks to mass produce its forthcoming handset, and that as a result, iPhone 5S smartphones could be in short supply once the handset launches later this year:

Around 3 million handsets will be delayed, the publication estimates. Before allowing panic to set in, our readers should note that DigiTimes has a "hit-and-miss" record when it comes to offering iDevice-related predictions. This doesn't mean that the aforementioned report is outright fabricated; instead, it would rather pay to err on the side of skepticism until iPhone 5S supply issues become more apparent. It would indeed be surprising if Apple allowed such an issue to implicate the launch of its forthcoming handset. Apple's iPhone 5S is expected to become available later this year, alongside a revamped line of iDevices which likely won't include either the iPad mini with Retina display, or the anticipated iWatch. For an idea of what we can expect once the iPhone 5S launches, see: Apple's iOS 7 Beta Hints That Slow-Motion Recording Could Launch With The iPhone 5S, The Next iPhone Could Be Super Fast, Support LTE-A, and Apple's Next iPhone Likely To Feature Internal Changes, But Probably Not Liquid Cooling Technology. 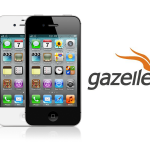 Apple Begins Production Of The 'iPhone 5S' At The End Of July
Nothing found :(
Try something else