You are using an outdated browser. Please upgrade your browser to improve your experience.
by Joe White
July 4, 2013
Mimpi is a colorful puzzle-platformer which is set to launch in the App Store later this year. Once available, iDevice owners will be able to take control of the game's four-legged protagonist, and explore an exciting, colorful "mind-blowing wonderland of fantasy and imagination" on an iPhone, iPad, or iPod touch. Publisher Forest Moon Games explains:

The game is about a lonely puppy who goes on an adventure - and during this mid life crisis of sorts, has to solve some interesting puzzles before finding his lost owner. Mimpi is a platformer that involves solving environment puzzles - such as moving pieces of land, feeding fish to make them swim, finding hidden items to traverse areas, and more.

Touch optimization means users can drag a rain cloud to control the weather, or may touch a buried bone to treat Mimpi to a snack. In order to get the pooch through level after level, players are going to have to solve problems by interacting with the application's colorful environment in similar ways. Besides iOS, developer Silicon Jelly is launching Mimpi for OS X, as well as for Windows and Android. For more information on the upcoming application, check out the below video walkthrough. Though do note that while the trailer promises a "March 2013" release date for the game, publisher Forest Moon Games told us that a September 2013 release is rather anticipated. http://www.youtube.com/watch?v=S2kIsR-p-1s

We'll let you know once Mimpi bounds into the App Store. In the meantime, for more of today's app news, see: Check Out What's Now Playing With nwplyng's Improved Music Discovery Features, Wondershare's PowerCam 3.0 Features Redesigned UI Plus New App Modules, and Swift Revenge Could Soon Be One Of The Best Vertical Scrollers In The App Store. 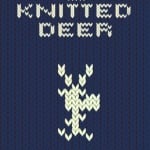