You are using an outdated browser. Please upgrade your browser to improve your experience.
by Joe White
July 4, 2013
Nintendo may not have sent its Super Smash Bros. to the App Store yet, but worry not, because an impressive alternative game called Fright Fight is set to launch for iOS this September. In the forthcoming 3-D platform game, players take charge of a ghoulish character and can do battle against foes across a wide variety of otherworldly arenas. According to TouchArcade, Fright Fight allows players to engage in single-player battles (against bots) or multiplayer warfare (against friends, online). No campaign mode will be included at launch - instead, Fright Fight is all about arena-based, player versus player combat. Though free to download, in-app purchases will support Fright Fight. But worry not, because the app's developer has noted that its in-app purchases will be limited to additional characters and boosts, both of which can be bought using "free" currency earned in-game. Speaking of characters, four are confirmed so far: Grim Reaper, Bigfoot, Vampire, and Werewolf. From what we can tell, Fright Fight looks to be an impressive title, and one worth looking out for. While it of course isn't Super Smash Bros. itself, once available Fright Fight could be the best alternative game for iDevice owners. Below, we've included a video trailer of Fright Fight's alpha release gameplay. As mentioned, the forthcoming game should be available to download around September, though we'll be sure to let you know once the application launches in the App Store. http://www.youtube.com/watch?v=W1leJwV-S68&feature=player_embedded 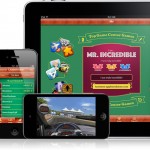 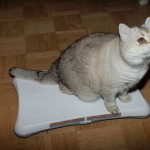 It’s Time To Dig That Old Wii Fit Board Out Of The Basement
Nothing found :(
Try something else