You are using an outdated browser. Please upgrade your browser to improve your experience.
by Joe White
July 30, 2013
Foxconn is said to be hiring around 90,000 new workers to help with the production of Apple's so-called "iPhone 5S," according to a recent report from Focus Taiwan. Additional workers will be placed at Foxconn's Shenzhen plant, the publication explains:

Hon Hai Group, also known as Foxconn Technology Group, has started recruiting new workers for its Shenzhen production complex, one of the sites where it assembles iPhones and iPads for Apple Inc., sources in the Apple supply chain said Saturday. The sources said Hon Hai, the world’s largest contract electronics maker, needs additional staff to deal with large orders from Apple for a new version of the iPhone.

Focus Taiwan's claims indeed match up with similar reports, such as those recently made by China Business News, which have also argued that Foxconn is to embark upon large-scale iPhone 5S production. Though Apple's go-to assembler Foxconn is being used for the next-generation iPhone handset, the Cupertino, Calif. company is said to be using Pegatron for the assembly of its low-cost "budget" smartphone. Like Foxconn, Pegatron was recently condemned for its unacceptable working conditions, and Apple is reportedly investigating the assembler as a result. Both the iPhone 5S and Apple's low-cost smartphone are expected to be announced and released in fall, alongside a next-generation 9.7-inch iPad and iPad mini. We'll keep you updated with further information as we receive it. In the meantime, see: Transformers Legends Transforms With Evolution Cards And Campaign Episodes, Smart Personal Assistant App 24me Finally Updated With Support For Recurring Tasks, and Popular Messaging App Line Updated With New Lineup Of Improvements. 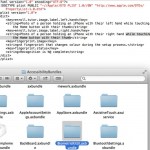 A Next-Generation iPhone With Biometric Capabilities Is Apparently Confirmed 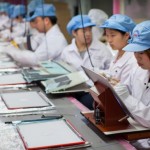