You are using an outdated browser. Please upgrade your browser to improve your experience.
by Brent Dirks
July 3, 2013
It seems the marketing effort for "Jobs" is heating up. Less than two weeks after the first full trailer was released showing Ashton Kutcher as the late Apple co-founder, Moviefone has pointed to the official movie poster. As you can see, the psychedelic poster shows the star looking very much like Jobs with his famous round-frame glasses and beard. The tagline on the poster states:

Along with Kutcher as Jobs, the film will star Josh Gad as Steve Wozniak and Matthew Modine as John Sculley. The film will chronicle Jobs’ life from 1971 all the way to 2000, after he returned to Apple and began to rebuild the company. Just after the trailer was released, Wozniak opened up about the movie. After originally trashing "Jobs" earlier this year, the Apple co-founder is now planning to reserve judgment until he sees the entire movie. “Jobs” was originally scheduled to hit theaters back in April, but was delayed indefinitely just a few weeks before its release. Early last month, the film got its new release date of Friday, August 16. Here’s the full theatrical trailer. Click here if you can’t see the video. 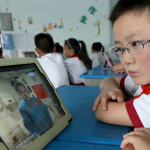 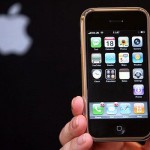 The First iPhone Hit Store Shelves Six Years Ago Today
Nothing found :(
Try something else