You are using an outdated browser. Please upgrade your browser to improve your experience.
by Brent Dirks
July 10, 2013
According to a recent report in the Korea IT Times, Apple is closer to adding IGZO displays to future iPads. Along with tablets, the technology will also supposedly make its way to the next-generation MacBook, which is scheduled for release sometime in 2014. The report also states that both Sharp and LG are in the process of raising their production of IGZO panels. IGZO is short for indium gallium zinc oxide. The technology has a number of advantages. Along with higher pixel density and better touch sensitivity, IGZO displays offer lower power consumption and smaller bezels, which would be welcomed in iPads. But this isn’t the first time we’ve heard about a possible display switch for Apple. Back in late 2012, we reported that Apple was considering using the technology for the iPhone, iPad, and iPad mini this year. Even at one time, Apple reportedly wanted the third-generation iPad to sport the technology. But Sharp wasn't able to produce a panel in time. The fifth-generation iPad is slated to be released sometime this fall. Even though we don’t know if it has an IGZO screen, it will reportedly be thinner, lighter, and look more like the iPad mini. 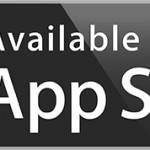 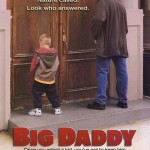 Lawyer Sues Apple For Letting Him Download HD Movie To His iPhone 3G
Nothing found :(
Try something else