You are using an outdated browser. Please upgrade your browser to improve your experience.
by Bryan M. Wolfe
July 31, 2013
For the first time, Google Play app downloads jumped ahead of those of Apple’s App Store. According to App Annie, Google Play downloads were 10 percent higher during the second quarter of 2013. According to the report, strong performances in India and Brazil gave Google Play the lead. However, the report notes that Apple’s store still generates more revenue than the one owned by Google. In fact, Apple’s revenues were 2.3 times higher. The United States remained the top country in terms of App Store revenue. They were followed by Japan, the United Kingdom, Australia, and China. The top two countries accounted for 50 percent of total App Store revenue from April through June. For the quarter, Japan remained the top country in terms of Google Play revenue. South Korea, the United States, Germany, and the United Kingdom rounded out the top five. Japan, South Korea, and the United States accounted for 70 percent of Google Play revenue during the second quarter. Other findings include: Google Play, which was once called the Android Market, launched in Oct. 2008. The App Store officially went online three months earlier, in July 2008. See also: Malware Is Right At Home On Android Devices, Google Is Showing It Can Fight The Mobile War On Two Fronts, and The App Store Continues To Dominate Google Play Where It Counts. 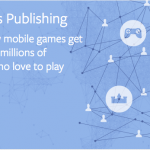 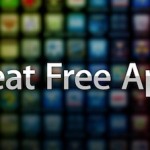 Number Of Free Apps In The App Store Continues To Rise
Nothing found :(
Try something else