You are using an outdated browser. Please upgrade your browser to improve your experience.
by Joe White
August 26, 2013
Apple is said to be in talks with NTT DoCoMo, Japan's largest wireless carrier, resulting in shares of the network increasing amid an anticipated iPhone deal. The news comes from Bloomberg, who explains that shares of NTT DoCoMo's rival companies KDDI and SoftBank (both of whom already carry the iPhone) also fell. As Japan's largest carrier, it makes perfect sense for NTT DoCoMo and Apple to make a deal on the iPhone, and such a move would surely help the Cupertino, Calif. company increase its market share both in Japan and, more generally, globally:

[DoCoMo] Chief Financial Officer Kazuto Tsubouchi said there are compelling reasons for Apple and his company to reach an agreement, according to an interview published in SankeiBiz. For Apple, it doesn’t make business sense not to allow Japan’s largest wireless carrier to sell the iPhone, while DoCoMo wants to be able to sell most popular handsets, Sankei said.

As a reminder, Apple is also said to be in talks with China Mobile, with recent analysis indicating that a China Mobile-powered iPhone could be set to launch in the world's most populous nation in November. If this is the case, and Apple is also able to sign up with NTT DoCoMo, it'd be good news for the iPhone's continued expansion in Asia. Of course, nothing has been officially announced. We'll keep you updated with further information on Apple's dealings in Japan as we receive it. In the meantime, see: AVG Flying Tigers Set To Offer A Realistic WWII Air Combat Simulator, John Woo's On-The-Rails Action Bloodstroke Set To Be Announced Soon, and Zombies Ate My Friends But I Won't Let Them Eat Me In Glu Games' Newly Updated Game. 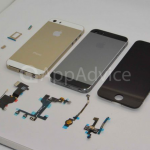 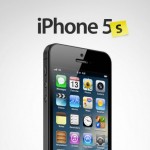 Apple To Launch 64-Bit A7 Processor With iPhone 5S, Offer 31 Percent Speed Increase?
Nothing found :(
Try something else