You are using an outdated browser. Please upgrade your browser to improve your experience.
by Dom Esposito
August 11, 2013
Getting tired of your current iPhone? There's a possibility that the next generation iPhone could be coming this September. Of course, this is a rumor, but it seems likely based on last year's September keynote. According to AllThingsD (via 9to5Mac), Apple may unveil it's next generation iPhone at an event on Sept. 10, 2013. AllThingsD only noted that this information came from "sources," but they have definitely proven to be reliable in the past with this kind of information. Also noted by AllThingsD:

One of the key questions is whether Apple adopts a new tactic to address the mid-range of the smartphone market. Historically, Apple has gone after those customers by offering its year-old and two-year-old models for $100 and $200 less than a new iPhone. However, there has been a great deal of talk that the company will debut a new lower-cost iPhone alongside whatever update it has in store for the current iPhone 5.

Lately, we've seen quite a few leaked photos of the rumored iPhone 5C. In my opinion, it would make sense for Apple to offer a low cost iPhone to compete with the thousands of affordable Android devices, but as noted above, that's typically not Apple's style. It's also very possible that Apple will live stream the keynote as it has for recent events. Users with access to Safari or an Apple TV may have the ability to tune in live. While there's no direct confirmation from Apple of an actual keynote date, one thing is for sure, the next iPhone is coming soon and we'll be covering every second of the event. See Also: Could This Be What Apple's Low-Cost 'iPhone 5C' Will Look Like?, How Apple's Rumored 12.9-Inch iPad Might Look, More Images Of The iPad 5 Appear Online: Same Retina Display, But Thinner Bezel. 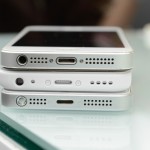 Could Apple's iPhone 5S And iPhone 5C Look Like This? 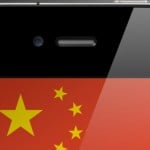 Apple's Market Share In China Drops To Just 5 Percent In Q2 2013
Nothing found :(
Try something else