You are using an outdated browser. Please upgrade your browser to improve your experience.
by Juli Clover
September 12, 2012
Apple's much anticipated Sept. 12 event went down today, and this is the one stop spot to find out all about what was released, what's new, what's upcoming, and what we didn't see. The day kicked off with the Apple online store closing up this morning, in anticipation for the new devices. Apple's event officially kicked off at 10:00 a.m. PDT, and AppAdvice was there live blogging. Check out the feed of our live blog here. 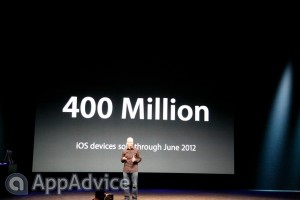 All of Apple's events begin with a rundown of the numbers, and this one was no different. There were 84 million iPads and 400 million mobile devices sold. Check out the link for more of the numbers. iPhone 5 Apple wasted zero time introducing the iPhone 5, with the announcement coming within the first 10 minutes of the event. The iPhone looks quite a bit like a lot of leaked images that were circulating around, and as we expected, it's lighter, thinner, it has a gorgeous 326 PPI 4-inch display, and a new aspect ratio. 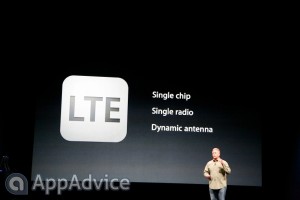 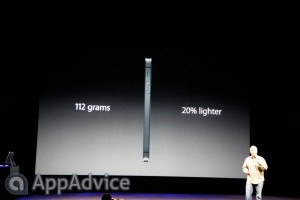 While the iPhone will be available on several carriers, T-Mobile won't be one of them. Apple is working with carriers across the globe for its LTE connectivity. 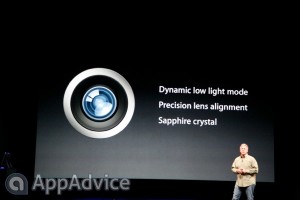 You can expect to be able to take amazing pictures with the next generation iPhone. It has the same 8 megapixel internals that the iPhone 4S has, but a new dynamic low light mode, better lenses, and a sapphire crystal lens cover will improve your photography. Apple also introduced an improved battery, giving the new iPhone 8 hours of 3G talk time, 10 hours of Wi-Fi browsing time, and 40 hours of music playback. 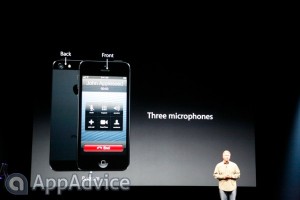 Audio quality in the iPhone 5 will be much improved, with an impressive three microphones. As we expected, Apple introduced a new 8-pin dock connector, and named it Lightning. So now Apple's got Thunderbolt and Lightning. What is the iPhone missing? NFC, for one. 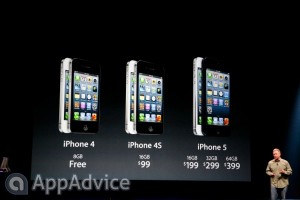 When can you get it? Preorders start on Sept. 14, and the phone will ship on Sept. 21. iOS 6 We knew about a lot of the features coming in iOS 6 ahead of time, but now they've officially been announced. First we were given a demo of turn-by-turn navigation, which Apple fans have been wanting for years. Passbook was introduced once again, reminding us that soon paper tickets will be a relic of the past. Mail was improved quite a bit, and will now allow users to resend important emails and create VIPs to never miss a message again. You'll see an all new App Store when you visit after installing iOS 6, with a controversial card-style layout that we've seen in beta. So when is iOS 6 coming? Sept. 19! iPods There were some rumors that Apple planned on refreshing its lineup of iPods during today's event, and it did, beginning with the all new iPod nano. This ultra cute little device is both thinner and lighter than previous generations and comes with a 2.5-inch multitouch display. 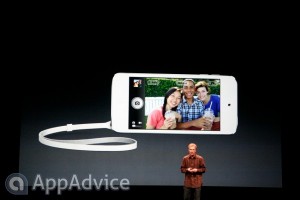 With the iPods, Apple also introduced a new set of headphones, designed to fit better and to deliver a higher sound quality. Meet the EarPods. 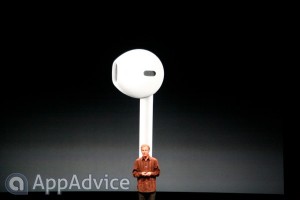 The iPod touch got a major overhaul, which was entirely unexpected. It has an A5 processor, an upgraded camera, and the best part? It comes in a rainbow of colors. 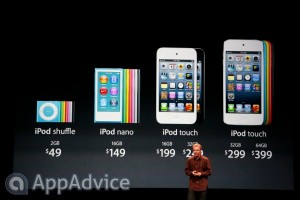 You can check out the new iPods and the specs of the upcoming iPhone on the updated Apple website. The End 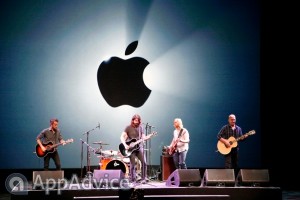 Apple wrapped up the event with a jam session, and no hint of the much anticipated iPad mini. 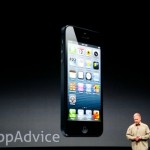 AppAdvice's iPhone 5 Event Coverage - Link Round Up And Wrap Up

AppAdvice's iPhone 5 Event Coverage - Link Round Up And Wrap Up
Nothing found :(
Try something else