You are using an outdated browser. Please upgrade your browser to improve your experience.
by Joe White
August 11, 2013
In a research note sent recently to investors, the oft-reliable Ming-Chi Kuo of KGI Securities argues that Apple's forthcoming "iPhone 5S" handset may indeed feature a fingerprint-sensing Home button, as previously rumored. More specifically, Kuo claims that Apple plans to introduce a convex-shaped sapphire-coated Home button with its seventh-generation handset. This, of course, would mean altering the present shape of the iPhone's Home button, which has been concave since the original iPhone launched back in 2007. Having created more space for a fingerprint sensor through altering the Home button's shape in this way, the analyst also suggests that Apple is planning on covering the sensor in sapphire (rather than plastic), in order to prevent it from being scratched. As MacRumors notes, Kuo's research note explains:

As a reminder, AllThingsD recently published an article in which it's claimed that Apple is planning on announcing its next-generation iPhone handset on Sept. 10. In previous years, the website has been particularly accurate with Apple-based predictions, and so it would seem that iDevice users don't have long to wait until the Cupertino, Calif. company unveils its seventh-generation smartphone. Changes in the iPhone 5S are expected to result in an improved camera and faster processor, but Apple will need to add another feature in order to market the iDevice more effectively. In the past, Apple's "midterm" smartphone upgrades have launched with support for Voice Control and Siri, and recent analysis has suggested that offline dictation could be one selling point of the iPhone 5S. If Kuo is correct, however, it would rather seem that Apple's forthcoming handset may launch with an appealing fingerprint sensor. We'll keep you updated with further information as we receive it. In the meantime, see: Apple May Announce The Next iPhone On Sept. 10, Could Apple's iPhone 5S And iPhone 5C Look Like This?, and Apple's Market Share In China Drops To Just 5 Percent In Q2 2013. 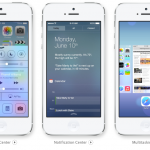 Apple May Announce The Next iPhone On Sept. 10
Nothing found :(
Try something else