You are using an outdated browser. Please upgrade your browser to improve your experience.
by Joe White
July 6, 2013
Apple could be planning on launching support for offline dictation in iOS 7, according to code found recently in iOS 7 beta 2. First spotted by @HamzaSood and shared with 9to5Mac, the anticipated feature is much like the "Enhanced Dictation" option available in OS X Mavericks. With Enhanced Dictation, users can install a 785-MB download on their computer and have OS X interpret dictated speech without requiring an Internet connection. Apple's iOS, of course, needs either a Wi-Fi or cellular data connection when processing dictation both inside and outside of Siri. Speech must be uploaded to the cloud and is then processed into text, before being beamed back to one's iDevice where the question, command, or dictated text hopefully appears on-screen. This process of data transfer between one's iDevice and the cloud slows down dictation, sometimes bringing it to a complete standstill. With offline dictation, however, users would be able to have their iDevice interpret dictated speech without requiring an Internet connection, and as such the process would run much smoother, quicker, and would be available to access from anywhere, regardless of Wi-Fi availability or cellular coverage. As 9to5Mac explains:

Based on what Apple is testing, future versions of iOS could allow an iPhone, iPad, or iPod touch to process and convert speech from a user right on the device itself. This would speed up the process considerably, allowing emails, text messages, notes, and web searches take place via voice quicker than ever. The functionality is currently not active in public-facing builds, but we are told that devices internal to Apple have the function up and running.

Here's the aforementioned code: What is not known, though, is whether offline dictation will launch for all iDevices in iOS 7, or if it will rather be an iPhone 5S exclusive feature. Do remember that Apple's "S" iPhone upgrades have all seen improvements to voice recognition: Voice Control launched with the iPhone 3GS, while Siri premiered with the iPhone 4S. Could it therefore be that offline dictation will be a feature reserved for the iPhone 5S only, at least to begin with? This wouldn't be out of character for Apple, who is also rumored to be equipping its next-generation iPhone with a faster processor and improved cameras. For more information on iOS 7, see: Apple Should Remove These iOS 7 Features And Designs, The AppAdvice iOS 7 Quick Pick: World Clock Goes Digital, While Sharing Becomes Easier, and Maybe iOS 7's Icons Have a Bigger Purpose Than We Thought. 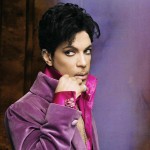 Apple Should Remove These iOS 7 Features And Designs
Nothing found :(
Try something else