You are using an outdated browser. Please upgrade your browser to improve your experience.
by Aldrin Calimlim
August 20, 2013
Want an additional 1GB of free storage space on your Dropbox account? Well, all you have to do is link your Dropbox account to the popular iOS email app Mailbox. As first reported by The Next Web, this comes as a result of a "nice little easter egg" associated with the Dropbox integration feature of Mailbox:

We’re told that once Mailbox’s iOS app is installed, just go to the Settings menu, tap on “Dropbox”, add your account information, and voilà! you now have more space to store photos, files, music, and movies. Don’t worry if you’ve already connected the two services together — just unlink them and reconnect again to pick up the 1GB.

Dropbox integration was introduced to Mailbox early last month. Back then, Dropbox had just launched its new API suite for keeping files in the popular cloud storage service synced across various apps and devices. Sure enough, one of the first apps to use the new APIs is Mailbox, which Dropbox acquired last March just over a month after its release. Mailbox’s Dropbox integration offers the option to attach files directly from Dropbox. Just tap the paper clip icon next to the camera icon in the compose screen to add a Dropbox attachment to a new message. Mailbox is available in the App Store for free. The app is compatible with iPhone, iPod touch, and iPad running iOS 6.0 or later. 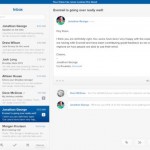 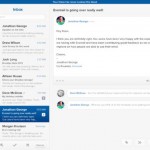