You are using an outdated browser. Please upgrade your browser to improve your experience.
by Joe White
August 1, 2013
The United Kingdom has been stuck with just one 4G LTE provider since last year, with Everything Everywhere (EE) offering subscribers super fast cellular download speeds in the British Isles. Now, however, a new carrier, O2, is finally set to launch its own 4G LTE network on Aug. 29, 2013. According to a press release published by O2, prices for its 4G LTE will start at £26 per month (around $40). The downside to the new service, though, is coverage. Following its launch on Aug. 29, O2's 4G LTE network will be available in just three British cities: London, Leeds, and Bradford. There are, however, 10 additional markets set to be added by the end of 2013 (Birmingham, Newcastle, Glasgow, Liverpool, Nottingham, Leicester, Coventry, Sheffield, Manchester, and Edinburgh), though no firm launch date for the additional markets has yet been announced. Having launched first, EE's network is of course ahead of the game. At the moment, it covers almost 60 percent of the United Kingdom (a total of 95 towns and cities), and the carrier has announced that it plans to expand its 4G LTE network to cover 98 percent of the population by the end of 2014. In addition, with plans starting at £21 per month, EE offers users a less expensive service, too. Details concerning O2's 4G LTE network are so far slightly unclear; we'll let you know once more information concerning the forthcoming service becomes available, so check back with us. In the meantime, see: Oink, Oink! Angry Birds Spinoff Bad Piggies Is Apple's Free App Of The Week, The Tides Are Rising In Kingdom Rush Frontiers' First Content Update, and New Featurette Takes Us Behind The Scenes Of Upcoming "Jobs" Movie. 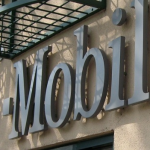 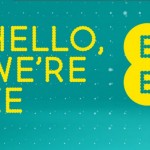