You are using an outdated browser. Please upgrade your browser to improve your experience.
by Joe White
August 13, 2013
Purported images of a number of volume buttons said to belong to Apple's anticipated "iPhone 5C" handset have surfaced online, and suggest that the forthcoming low-cost smartphone will be available in red, yellow, green, and blue plastic color options. The images, which appeared at Sonny Dickson's website, merely show off the four varieties of volume buttons, which appear to be plastic. As a reminder, Apple's iPhone 5C is indeed expected to launch in a number of different colors (hence the "C" name), and is believed to feature a polycarbonate outer-shell. Below, we've included additional images of the purported volume buttons. Apple is expected to announce the handset on Sept. 10, alongside the iPhone 5S. For more information on the anticipated handset, see: Piper Jaffray Claims iPhone 5C Could Ship Without Siri, Replace iPhone 4S, More Claims Of "iPhone 5C" Name, Golden iPhone 5S Also Rumored, and Apple May Announce The Next iPhone On Sept. 10. 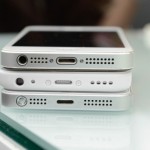 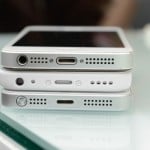