You are using an outdated browser. Please upgrade your browser to improve your experience.
by Joe White
August 12, 2013
More claims that an "iPhone 5C" is in the cards have surfaced online, this time coming from Japanese website Macotakara, who argues that Apple will indeed use the "C" name for its budget smartphone later this year. From what we understand, the low-cost handset is set to become available in a number of different colors, and so some have argued that the "C" adopted by Apple indeed stands for "color." Though Macotakara doesn't offer any new information concerning the smartphone itself, it does argue that "iPhone 5C" will be the name used by the Cupertino, Calif. company. Macotakara continues, however, to discuss the iPhone 5S, which it claims will be offered in a gold colored option, and could indeed feature an updated, fingerprint-sensing Home button, as anticipated:

According to my asian source, rumored coming iPhone powered by A7 processor will be released as “iPhone 5S”. This source told that KGI Securities analyst Ming-Chi Kuo’s guesses may be true. Ming-Chi guessed several points, the resolution of iSight camera will be stayed on 8M pixels but F-stop will be brighter up to 2.0. The gold color which is rumored as 3rd color of iPhone 5S will be optional, and rectangle mark of home button will be removed.

Rumors concerning a gold colored iPhone 5S have persisted over the course of the last few months, and several purported iPhone parts have appeared online, some of which indicate that the seventh-generation handset will indeed be "worth its weight in gold." Though a multitude of color options (such as blue, green, and red) are expected for the iPhone 5C, Apple's iPhone 5S is said only to be offered in three colors: black, white, and - if the rumors are true - gold. Apple appears set to announce its next-generation iDevices on Sept. 10, however no official announcement has been made yet. We'll keep you updated with further information as we receive it. In the meantime, see: Norway's Government Blocks 3-D Apple Maps For Oslo, Popular Anti-Gravity Racer Flashout Is Set To Spawn A Sequel In Q4 2013, and Today's Best Apps: Homegrown And Step Out! Alarm Clock. 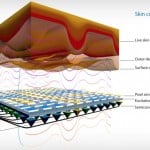 Apple's iPhone 5S To Include Fingerprint-Sensing Sapphire-Covered Home Button?
Nothing found :(
Try something else