You are using an outdated browser. Please upgrade your browser to improve your experience.
by Joe White
August 31, 2013
Apple's anticipated champagne-colored iPhone hasn't been announced, but regardless, Sony's forthcoming QX "Smart Shot" camera lens will be ready for the long-rumored handset. That's because according to a recent article published by SonyAlphaRumors, the Smart Shot will actually be available in a white and champagne color option. As a reminder, the Smart Shot will attach to iOS- and Android-powered smartphones in order to enhance the camera capabilities of one's handset. Though a black color option for the Smart Shot is expected to become available, the images of a champagne color option have surfaced online, indicating that the accessory will look good attached to a champagne-colored iPhone handset - if Apple indeed releases such a model. Here are the images: Features of the anticipated accessory, according to SonyAlphaRumors, include: Sony is expected to announce the Smart Shot at its IFA event on Sept. 4, 2013. We'll keep you updated with further information as we receive it. In the meantime, see: Construction Of Brisbane Apple Store Now Back On Track Following Delay, Carrier 3 Abolishes Roaming Charges For A Number Of Countries, and Penguin, Macmillan Contact iBookstore Customers Concerning $3 Settlement. 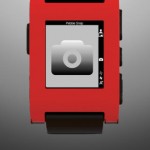 That Was Snappy: Pebble Snap Gets Its First Update, Adds Social Integration 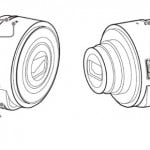 Manuals From Sony’s New iPhone-Compatible Lenses Leak
Nothing found :(
Try something else