You are using an outdated browser. Please upgrade your browser to improve your experience.
by Brent Dirks
August 8, 2013
It’s not exactly a surprise, but more Apple products are coming to T-Mobile. Talking with AllThingsD after the company’s second-quarter earnings report, CEO John Legere made clear that the wireless company won’t stop with just the iPhone. Thanks in large part to the iPhone, the company added 1.1 million customers in the last quarter while selling 4.3 million smartphones. The customer growth numbers were the largest in more than four years. In the interview, Legere said he was pleased with the iPhone sales:

Legere said it is a good sign that the iPhone is only a portion of the company’s sales growth, accounting for just 21 percent of smartphone sales last quarter. “I think it’s a healthy percentage,” Legere said. That said, Legere looks forward to more business with Apple, including carrying products beyond the iPhone. “I think there’s a whole array of Apple products that we look forward to carrying,” Legere said. “We will expand what we offer from them.”

The most obvious contender that Legere is referring to would be the cellular-enabled iPad and iPad mini. All three of the other major U.S. carriers – Verizon, AT&T, and Sprint – offer the tablet. So it makes sense that T-Mobile could easily jump on the bandwagon as soon as the fifth-generation iPad is introduced sometime this fall. Apple’s rumored lower-cost iPhone, the so-called iPhone 5C, would also make a nice fit with T-Mobile’s new no-contract plans. 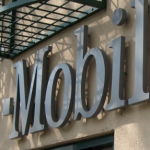 Thanks To iPhone, T-Mobile Recently Saw Its Strongest Growth In Four Years