You are using an outdated browser. Please upgrade your browser to improve your experience.
by Brent Dirks
September 30, 2013
If you absolutely, positively can’t wait to purchase a new iPad, Apple’s online store is now offering refurbished models of the high-capacity 128GB tablet for quite a bargain. The tablet, which officially hit the market in February, retails for $799 for the Wi-Fi only model and $929 for the Wi-Fi + Cellular version. But currently, Apple is offering a refurbished black or white Wi-Fi model for $689 and a white AT&T LTE variant of the tablet for $789. All of the models are listed as shipping in 5 to 7 days. The 128GB tablet is currently the highest capacity iOS device that Apple offers. Apple was apparently ready to unveil a 128GB iPhone 5S, but that surprisingly didn’t happen when the handset was unveiled earlier this month. Apple is also reportedly close to revealing new versions of both the iPad and iPad mini. The iPad 5 will apparently be the biggest redesign of the tablet since the second-generation device. A new video shows that the tablet will sport thinner bezels and a smaller overall surface area while maintaining the same 9.7-inch screen. The tablet will also take other design cues from the iPad mini. But if storage is more important to you than having the latest and greatest iOS device, those refurbished models are excellent deals. Apple offers the same one-year warranty as all new devices, and the iPads sport both a new battery and back casing. 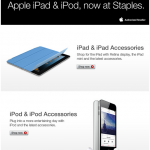 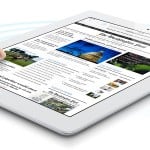 Apple And AT&T To Settle Class Action Lawsuit Over iPad 3G Bait-And-Switch
Nothing found :(
Try something else