You are using an outdated browser. Please upgrade your browser to improve your experience.
by Brent Dirks
September 30, 2013
While Samsung is solely responsible for production of the 64-bit A7 chip powering the iPhone 5s, that will soon change with the next-generation of chips for Apple’s iOS devices. According to Korean newspaper Hankyung, Samsung will be responsible for only 30 to 40 percent of the production of the upcoming A8 chip. Taiwan Semiconductor Manufacturing Co., better known as TSMC, will handle the remaining 60 to 70 percent of chip manufacturing. This recent news matches up nicely with what was reported in late June. The Wall Street Journal said then that TSMC signed a three-year deal with Apple, starting in 2014, to provide chips for future iOS devices. And while Apple will still have to depend on the sometimes rival for some chips in the next production cycle, it looks like the permanent move away from Samsung has actually started. Samsung is also a major supplier of iOS device screens, but Apple is apparently having a harder time finding a replacement. In August, we reported that Apple is relying more on Samsung to deliver Retina displays for the full-sized iPad. And Samsung will also apparently be the sole display provider for the Retina screen of the iPad mini 2, which is expected to be introduced as early as next month. Via: The Verge 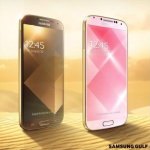 Following Apple, Samsung Launches Its Own Gold-Colored Smartphone
Nothing found :(
Try something else